Affordable housing is an area where we’ve made significant progress in the last 4 years — but we need to build on it.
Over

Number of affordable housing units built, approved and planned for since 2019 — more than during any four-year period in Jackson Hole history

To build on the progress we’ve made since 2019, I will pursue the following in my second term:

Coming Together To Address Our Challenges


Jackson Hole faces a host of tremendously complex issues, none of which can be solved by one individual alone. Instead, if we are to succeed as a community, we need to work with each other – government, business, non-profits, and interested citizens joining forces – to collectively identify and address our challenges.

Community-wide, there is far more affordable housing today than there was four years ago. Far more support for local social services agencies. A far more robust START transit system than when I was sworn in.

We are making progress. But there is more we can — and must — come together to accomplish.


Jackson Hole is a 21st Century community with a 20th Century operating system. Sales taxes produce roughly 80% of Jackson’s core revenues, yet account for only 15% of our economy. It makes no sense that a $1 cup of coffee generates more tax revenue than Teton County’s 2021 combination of $1 billion of services revenues, $3 billion of real estate sales, and $4 billion of investment income.

Ultimately, the only way to properly address this dilemma is for the Legislature to create a 21st century governmental funding mechanism. Thanks to coal’s demise, this day of reckoning is coming sooner rather than later. Given the increasingly anti-tax bent of the Legislature, though, it’s going to take awhile.

Until then, the community is going to have to become more creative in identifying and paying for its needs and wants. Models exist, including building on the success of efforts such as the “Save the Block” campaign.

As a first step, we must properly diagnose our problems — not just their symptoms but their causes. My 20-plus years of experience in studying Jackson Hole and similar communities give me an unparalleled ability in this area. Over the last four years, I’ve been privileged to use these skills in service to the Town of Jackson, and hope to use the next four years to build on the efforts I’ve helped put into place.

Demonstrate a Commitment To Stewardship


Of all I’ve done during my first term, perhaps the thing I’m proudest of is envisioning, advocating for, and championing the effort that led to the creation of America’s first-ever Ecosystem Stewardship Administrator. This position lets the town take a holistic approach to dealing with the area’s many and interrelated conservation issues – we can’t address only one and hope to preserve and protect the area’s ecosystem.

Among the many important challenges we face are water quality, climate change, preserving habitat and, critically, our inability to assess ecosystem health. Each is vital, and now local government has a staff member devoted to that job.

This is necessary, but not sufficient. For Jackson to reach its potential, we need to continue to prioritize and demonstrate our commitment to environmental stewardship. 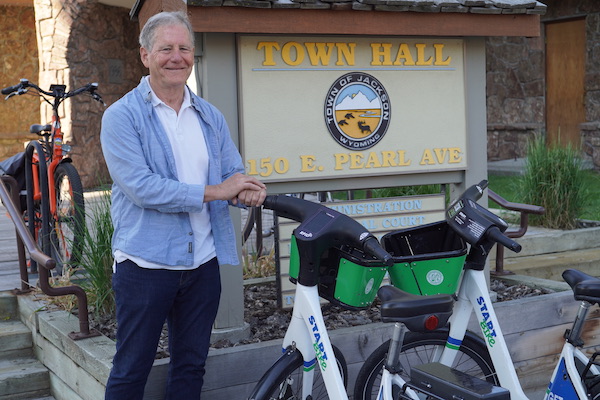