Why? Because Jackson Hole is in the middle of a huge COVID-19 spike, and I’m receiving a lot of calls and notes about it. Assuming these communications are the tip of the iceberg, I thought another newsletter might be the most efficient way to share what I’ve learned.

The good news is that Jackson Hole’s COVID-19 spike is declining some: on January 18, we had 313 active cases; ten days later the number had fallen to 232, a drop of 26 percent.

All of the calls and notes I’m getting are from people who are stressed and scared. Some want my town council colleagues and me to take stronger restrictive actions. Others feel the current restrictions are too severe. Still others simply need to share their angst. (I went into greater depth about our shared concerns in my January 27 newsletter).

Trying to better wrap my mind around all this, I’ve done some additional research into what we know, what we don’t know, and what can and cannot be done. I’ve summarized my conclusions below, and with luck the information will provide a little bit of grounding and perspective to all those worried about where our community might be headed.

What We Know & Don’t Know

The map below shows Wyoming’s active COVID cases by county, as of Wednesday, January 27. It raises an obvious question: Why does Teton County have so many more cases than any other place in the state?

One potential and obvious answer is because we are the only county in the state with an active winter tourism economy. By extension, the answer to why we’re spiking is: “Tourists.”

Another possible answer is based on the belief that we had other spikes following Halloween, Thanksgiving, and Christmas. This line of thought holds that what we’re seeing now is the post-New Year’s spike. If this is true, then the cause of our current spoke isn’t tourists, but our own behavior.

The graph below shows Teton County’s daily number of active COVID-19 cases every day since October 1 (there were a handful of days when the number wasn’t reported). The colored bars represent the number of cases reported just before the four holidays falling during that time, as well as the number of cases two weeks later (around the time it takes to see a noticeable spike in cases). After Halloween and New Years, there were indeed big spikes. After Thanksgiving and Christmas, there weren’t.

Looking at the spikes that did occur, perhaps it was because we residents were responsible – enough community members behaved inappropriately that the county’s case count surged. The Halloween data suggest this might be the case. But the Thanksgiving data don’t.

Conversely, perhaps the spikes were due to tourists bringing the disease into the community. If so, that might explain the New Years data. But not Halloween – people don’t flock to Jackson Hole at the end of October. And in either case, how do you explain Christmas?

I’m sure there are other explanations out there as well.

In situations like the pandemic, Wyoming’s Constitution puts most of the power into the hands of the Governor/Executive Branch, in particular the State Public Health Officer (who has to sign off on any county or state public health order) and the Attorney General (who has to determine the legality of any such order). Both positions are appointed by the Governor.

The Governor is not operating in a vacuum, however. His is an inherently political position, and the politics of his party and our state are hands-down the most libertarian in the nation. As a result, there’s an inherent bias toward personal freedoms over government intervention.

As a result, even if the Governor were personally interested in taking draconian measures to limit the activities, he would be limited by both Wyoming’s laws and political realities.

So, from a legal perspective, where does this leave Jackson Hole?

In a situation like the current pandemic, the Teton County Commission has essentially no legal authority to act. The Town of Jackson has a few powers, but these are quite limited and apply only within the town’s boundaries.

The person locally with the most authority to act is the county’s Public Health Officer. The catch, however, is that any public health order he might issue first has to be approved by Cheyenne.

In Teton County’s case, that means convincing an inherently skeptical Attorney General and a politically vulnerable governor that whatever order Teton County wants is both legal and needed. And to do that, we have to make sure that any orders we request are airtight, both legally and factually.

Where data and legalities meet

Which brings us back to the data. In particular, it’s not enough that Teton County’s case rate is the state’s highest. For us to act, we would first have to justify why taking any particular action might make a meaningful difference in affecting our case rate. And to do that would require a clear cause-and-effect relationship, which in turn would require extensive contact tracing. Which, alas, we can’t do because we don’t have the resources – COVID-19 has so overwhelmed Teton County’s public health system that we can no longer do meaningful contact tracing. Which means, by extension, we have no fact-based understanding of why the virus is spreading like it is.

Is our large case load due to tourists? Due to “I’m so over it” locals acting inappropriately? Due to something else? Some combination? Your gut feeling is as good as mine and everyone else’s, and none of us can back up our feelings with data.

Hence there’s no strong factual justification for government to take any additional steps.

There’s another aspect of all this that’s concerning a lot of folks.

As evidenced by the huge numbers of people flocking to Teton Village the last few days – many from out of state – the local tourism industry is benefiting from a combination of great snow and local government’s inability to impose strict closure measures. By extension, local government is also benefiting, for both the town and county governments are heavily reliant on the sales taxes generated by those businesses.

Add the two together, and it’s pretty easy to develop a conspiracy theory about a cabal between local government and local business, wherein they join forces to favor economic health over human health.

Like any good conspiracy theory, this one is compelling and provides a satisfying narrative arc. Unfortunately for conspiracy fans, however, it’s also inaccurate. Completely inaccurate.

Instead, the reality is that Jackson Hole’s local authorities are doing everything possible to protect human health. So too are many local business owners (albeit within the limits of trying to keep their businesses afloat). But any additional effort to clamp down on businesses or keep tourists away or issue super-strict stay-at-home orders will quickly founder on the shoals of Wyoming’s Constitution, a very conservative political climate in Cheyenne, and a public health system – both local and statewide – that does not have the resources it needs to do its job at the level it and the community desire.

Legally, what you’ve seen is about what you’re going to get – unless things drastically change, there’s not much more local government can do.

This leaves local elected and appointed officials with few remaining tools except the megaphones of our positions – we can urge the community to act wisely and thoughtfully, and to consider their own behaviors in the context of the community’s overall well-being. Unfortunately, though, this “Bully Pulpit Strategy” seems to have long-since hit its expiration date, becoming increasingly ineffective in the face of growing COVID fatigue.

So that pretty much puts things in the laps of Jackson Hole’s residents, businesses, and visitors. The more we collectively choose to behave in ways that reduce the risk of transmission, the better we’ll do fighting the pandemic. To more we don’t, the worse we’ll do.

That much is clear. Far less clear is how all this is going to shake out, not just over the remaining months of the ski season, but once the summer tourism season hits.

We’re ten months into a situation that’s not going away for at least another six months, and that’s if a lot of things break right.

The Biden administration is taking a centralized approach to dealing with the pandemic, and perhaps that will move things along more rapidly. To date, though, the Trump administration’s federalist approach to COVID-19 has meant Jackson Hole’s efforts have been limited by Wyoming’s libertarian approach to the pandemic. The result has been far weaker actions than many locals would prefer.

Stepping back from the immediacy of the situation, from a scientific perspective everything we’ve done and not done during the pandemic can be viewed as a giant experiment testing the limits and effectiveness of Wyoming’s libertarian approach to the world. Given Wyoming’s constraints on state and local government, ultimately Jackson Hole’s overall health will reflect the collective results of millions of individual actions taken by thousands of individual residents and visitors. How best to influence those actions is arguably the biggest question currently facing the community.

Thin gruel, I know, for those who want more aggressive government action, but for the moment it’s my best understanding of the world.

I have been fortunate enough to avoid contracting COVID-19, but with each passing day and week the pandemic is becoming increasingly personal for me.

In part, this is because I have a number of friends in healthcare, all of whom are exceptionally conscientious and all of whom are becoming increasingly ground down by giving so much of themselves for so long.

In a larger part, it’s because my brother is not only a physician, but the head of the Immunization Branch of California’s Department of Public Health. To say he is getting ground down is a profound understatement.

My brother is a wonderful human being. He got into medicine in general and public health in particular for all the right reasons, and he’s an exemplar of a public servant: smart, dedicated, selfless, and motivated to do an outstanding job out of a burning desire to help others.

For me, his tireless efforts have brought to mind what occurred in England following World War I. 100 years ago, England found itself hollowed out – in part because of the lives lost during the war; to a larger measure, though, because legions of survivors were left deadened by the effort they put in to achieve a victory that, in many respects, they came to see as Pyrrhic. Tragically, this “lost generation” of people whose lives were shattered by the war included many of Great Britain’s finest men and women.

I deeply love and admire my brother. And I have boundless respect and concern for all those knocking themselves out every day to help keep America healthy and functioning. Particularly given the fear and stress under which all of us are operating, my fervent wish for everyone I know and serve is absolute health, relative sanity, and deep, deep contentment.

Beyond that, for my brother, others in public health, and all those on the front lines of dealing with COVID-19 and its many effects, my additional hope is that future historians will not look back on you as another lost generation, this one sacrificed to fighting a relentless pandemic.

It’s not a perfect analogy, but it’s close enough to make me very, very concerned. 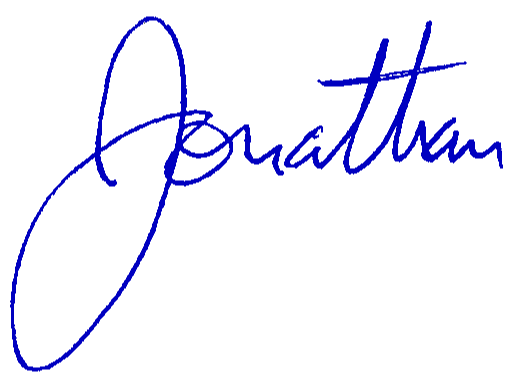